A perfect shower is not complete without a shower valve, and at Bathroom City, our range of designs span across both traditional and contemporary styles ideal for suiting any shower installation, providing both superior function and style.

Depending on your shower installation, Bathroom City provides a wealth of shower valve options that deliver complete control over your showering experience. 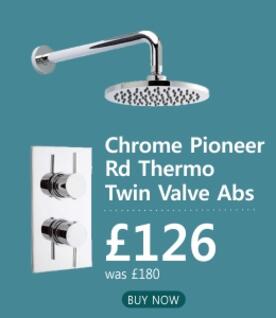 What is a Thermostatic Shower Valve?

Why Should I Choose A Thermostatic Shower Valve?

There are three main reasons why thermostatic shower valves can be a great addition to your shower installation.

Sometimes there isn’t the time to fiddle with the shower controls – at first too hot, then too cold. You just want to immediately enjoy an invigorating shower and get on with your day. A thermostatic shower valve means you can immediately enjoy your showering experience – even if another person in your household starts using a tap or shower elsewhere in the house at the same time.

What is a Concealed Shower Valve?

A concealed shower valve is simply where the valve is hidden behind the wall of your shower enclosure with only the control plate and handles being visible. For this reason, concealed shower valves are a great choice for achieving a clean, streamlined look as most of the ugly pipework is kept out of sight. There is a huge range of shaped wall plates and a variety of different handle options for you to complement your bathroom interior.

Although they are encased in the wall, concealed shower valves are designed to be accessible if there are any problems, with the handles themselves being easily removable for cleaning or replacing if necessary. However, the main disadvantage of concealed shower valves is the expense, disruption and mess associated with the building work needed to install them.

What is an Exposed Shower Valve?