Buying a shower for your home is an important decision, it’s likely something you’re going to use every day for the next 5 or more years. A place to revitalise you in the mornings and allow you to unwind after a long hard day. We stock a wide range of Bathroom Showers including Mixer Showers, Thermostatic Showers, Power Showers, Electric Showers and more.

Are you confused about the right Shower for your Bathroom? We're here to help! Check out our Detailed Shower Buying Guide to help you make the right choice of Bathroom Shower.

We offer various options, whether you need an electric shower, a complete shower kit, or just a shower head for your bathroom. If you're looking for a complete Showering Solution, make sure to browse through our wide selection of Shower Enclosures and Wet Rooms.

Our wide selection of Showers offer fantastic value for money, and provide you with stylish yet practical designs. We provide a host of bathroom shower solutions, ranging from different types of Showers, Shower Riser Rails, and Shower Heads. Grab the perfect Bathroom Shower for your new Bathroom project today. If you have any questions, our helpful staff are here to help. 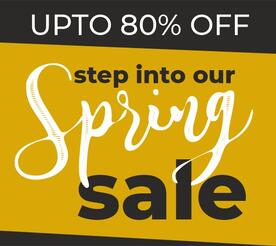 So you have decided to purchase a new shower, and in your excitement you have jumped online to find that perfect shower, only to be taken back by the sheer amount of options. Some mention bar, some KW, and just what does thermostatic mean? Allow us to be your guide through these perilous waters, and help you pick that perfect shower.

Before we start looking for that perfect shower, we need to know what options are available to you, and to do that we need to understand what type of water system you have in your house. In the UK there are 3 main types of water systems found in domestic properties.

Do you have a cold-water tank in your loft, with a hot water cylinder in your airing cupboard? If so, then you have a gravity-fed system. A cold-water tank feeds water to your house using gravity (hence the name!). The pressure is variable and dependent on the height at which the cold-water tank is located above the outlet. This system is otherwise known as a Low-pressure system, as the pressure usually falls well below 1 bar.  If you have this system, then a little more caution will need to be exercised when selecting your shower to ensure it is compatible with a low-pressure system. Knowing the exact water pressure will prove useful, and you may want to consider a pump or power shower to ensure an optimum showering experience.

One of the most popular options in modern housing is the combi boiler. This consists of a relatively small box mounted somewhere in your house that heats water rapidly and sends it around your house at nearly mains pressure. With this being a high-pressure system, you will have much more flexibility in choosing a shower and shouldn’t have to worry about any extra systems or such as you would with a gravity-fed system.

At first glance, this may appear to be similar to a gravity-fed system with a hot water tank somewhere within your property. Unlike the gravity-fed system, there will be no cold-water tank. Water is instead fed into this strengthened tank at mains pressure, where it is heated by immersion heaters or a central heating boiler. This again provides a high-pressure supply and will also mean you will have to option to choose from most showers.

Now that you know the basics of each water system, you should be able to easily identify which one you have. With this knowledge in hand, let's start to look at the showers themselves.

Our first choice is whether we would like an electric shower or a shower valve. More than likely your pressure will be a large influence in which of these two options you pick.

An electric shower (not to be confused with a digital shower which we will cover in a separate topic) is an ideal choice for a low-pressure system but is by no means the only situation you can use one. Electric showers have some key benefits such as:

Hot water is always available – As the water is heated on demand, you will never have to wait for the water to warm up, and you will be able to enjoy hot water no matter how long, or how many people use, your shower.

Energy Efficiency – An electric shower only uses energy when it is being used, and only heats the water It needs, meaning not only a green shower but one that saves you money on your energy bills as well.

Flexibility – As you only need access to electrics, and a cold-water feed, an electric shower can go in most places you can think of. Whether in a dedicated enclosure or just over a bath, this flexibility means no limitations as to where you can have a shower. And should you decide down the line to change your model or upgrade your unit, then this can be done in less than an hour.

Of course, with all these benefits do come some minor drawbacks. Even with advances in technology, electric showers tend to have a weaker flow due to their need to heat the water. The best way to circumvent this is to go for the most powerful model you can (usually this is referenced at the KiloWatt or KW rating). A more powerful shower allows water to be heated quicker, which means a better showering experience.

Another thing to note is non-thermostatic models of electric showers, which are sensitive to changes in water supply and pressure. This means if someone else uses a tap elsewhere in the house, the water temperature will be affected. Most models today are thermostatic, meaning they will keep the water to within a degree or two of what you have set the shower too. Only the very most basic showers will not be thermostatic.

A shower valve operates in a similar principle to a tap in your home. Unlike an electric shower, the valve does not heat the water but utilises the heating system already in your home. This makes shower valves ideally suited to being paired with combi boilers or a high-pressure tank system, but some models can be used with low-pressure systems.

Manual shower valves follow our above tap analogy the closest. They are simple to use, and usually cheaper to buy. A single lever often controls both the temperature and the flow of water, and they usually lack a separate control to turn the shower on or off, meaning temperature has to be manually set each time the shower is used.

Manual valves do not regulate the temperature of the water when they are being used. This means that if a tap is turned on elsewhere in the property, you may find that the water rapidly changes to either too hot or too cold. Whilst this may not be a concern to people living alone, small families and those with children may wish to consider a thermostatic option.

Designed to address the key flaw of manual valves, and to give precise control over water temperature, a thermostatic shower valve will keep the temperature of the water flowing through it to within a degree or two of your setting. This means no discernible temperature fluctuations whilst showering, regardless of what other taps and such are being used. For more peace of mind, most thermostatic valves include a shut-off feature, where they automatically shut off if either the hot or cold-water feeds fail.

Most thermostatic valves will feature two or three handles. One handle will control the temperature individually, with the other handles controlling the water flow for the other outlets. A separate control handle means that this temperature can then be left for speed and convenience whenever the shower is used. Valves with three handles allow an auxiliary shower handset to be used at the same time as the main head, whilst some two handles models come with a diverter, allowing to switch between the handset and head.

As the name implies, the majority of the working parts of concealed shower valves and embedded in the wall, sitting out of the sight. The only thing visible will be the control plate and handles. As you can imagine, this pairs perfectly with a minimalistic design language that lends itself to contemporary styles. However, if you do prefer traditional looks, then valves to cater to these tastes are also available.

A concealed valve will require a recess behind it to be installed into, so the viability of this will need to be considered when choosing one. If you can only install onto a solid wall, or the recess available is not deep enough (most valves require around a 100mm) then a thin stud wall could be built to install the valve into. A benefit of a concealed valve is that the control plate does not need to be located on the same wall as the showerhead, with the connecting pipework hidden in the wall.

Concealed valves are designed with maintenance in mind, with removable handles and front plates. This means future services should be no more difficult than on any other type of shower.

Remember that both concealed and exposed shower valves have manual and thermostatic models available. If you require any further advice, please feel free to contact us so we can find the perfect shower for you.

The next step in shower technology and the more evolved cousin of the concealed shower valve, digital showers valves take cutting edge technology and use it to deliver an optimum showering experience.

The core of any digital shower is the digital mixer unit. Both hot and cold water feeds are joined to this box, sampling the temperature of the water many times a second to ensure that you have a perfect water temperature. This digital mixer can be hidden away almost anywhere such as a loft or behind a false wall.

The shower itself is controlled via a remote. This remote often includes many features such as individual modes and preferences, as well as setting to allow the shower to be pre-warmed without anyone underneath it. Most of these controls are also wireless, allowing the shower to be controlled up to 10m away from the digital mixer unit. Some models can even be controlled by an app on your smartphone.

Digital showers come in a variety of designs, meaning you can have cutting edge technology with a modern feel, or pair a traditional aesthetic with an unparalleled showering experience.

If you have any questions regarding any of our showers or any of our bathroom products, please do get in touch with us and we’ll help you in any way we can. Hopefully, this guide has given you a basic overview of how to pick which shower unit you need from a technical standpoint so you can then go and find one which fits your requirements.