Why Have So Many UK Businesses Filed for Bankruptcy? | Bathroom City
Free Delivery Over £499 orders to most of UK*
Showroom Open 7 Days a Week Visit us in store!
Rated 4.2/5 on TrustPilot! Read our customer reviews
0% Interest Free Credit for 4 Months On Orders Over £99

Why Have So Many UK Businesses Filed for Bankruptcy? 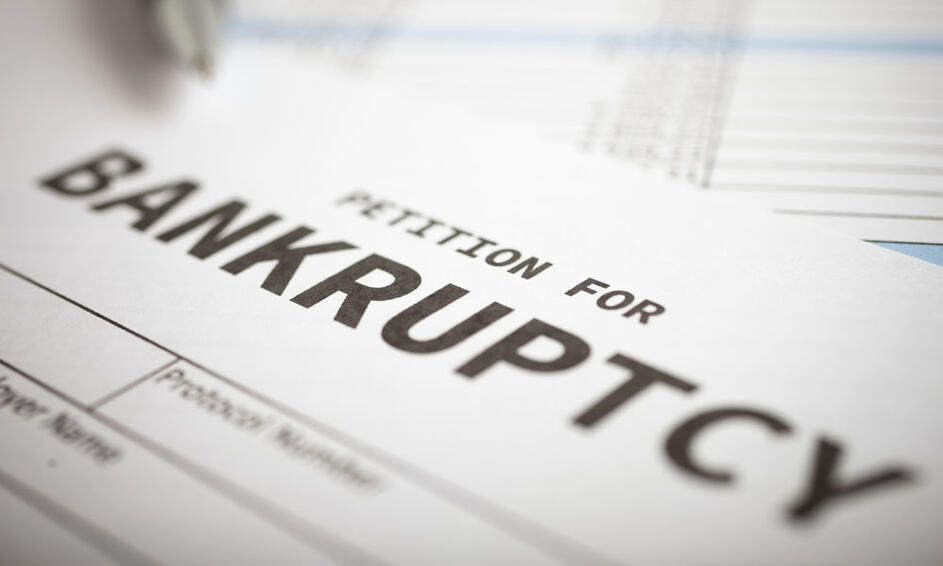 Retailers in the UK are facing difficult times, and it’s likely to continue. According to the British Retail Consortium (BRC), one-third of retail jobs in the UK could disappear by 2025. In today’s fast-paced retail universe, retailers need to bridge the gap between online and on-the-ground interactions to prosper. To compete successfully in the future, retailers need to work hard to acquire customer knowledge. And they need to be best placed to put this knowledge to good use. Let’s examine why so many UK companies are going out of business and filing for bankruptcy.

Why Have So Many UK Retail Businesses Gone Bankrupt?

Hardly a month goes by without the news of some renowned retail business going bust or vanishing altogether. Although retailers have had to deal with rising wage and other costs, the main factor squeezing their profit margins is the rapidly changing shopping habits in a highly distracted world. Online purchase accounts for one in every five pounds spent by consumers. Many retailers are facing a crisis as their fixed costs are rising while at the same time, there’s a sizable dip in sales on the shop floor.

Two Big Bathroom Retailers namely Bathstore and Better Bathrooms Went into Administration in 2019. What Went Wrong with Them?

The slowdown in the UK housing market has hit the £1 billion per year bathroom retail sector hard. Sales of the big-ticket items have slowed down significantly. As a result, two big retailers – Better Bathrooms and Bathstore – went into administration in March and June 2019 respectively. Dash Virdee, Managing Director, Bathroom City says that “As the decade draws to a close, it is interesting and sad to see so many online bathroom retailers closing down with the loss of jobs and in many cases customer deposits. For online companies, competition, unfortunately, is a race to be the cheapest. This cannot be sustained in a world where customer service and back-up mean everything to the consumer.”

Some of the reasons why the two online UK Bathroom retailers and many others have failed include:

Many companies that are hailed for disrupting their industry typically do so by raising huge amounts of venture capital. This option permits these companies – both Bathstore and Better Bathrooms took this route – to undercut their rivals. Given the excess cash-inflow from VC money, such businesses can make indiscriminate spending decisions such as excessive marketing costs and hiring top-level executives whose exorbitant salaries bleed the companies dry over time. The short-term goal of such companies is to dominate the market without defining a clear path to long-term profitability. Such companies eventually run out of steam when they are not able to raise any more venture capital. The only way they can carry on is by being acquired by a large retail conglomerate. As a result, the VCs get a return on their investment, the top honchos move on to other plum roles, while the company employees and customers bear the greatest brunt of the liquidation.

Bathstore had 132 stores (529 staff) and Better Bathrooms had 13 stores (325 staff). On-the-ground stores entail high fixed business costs that include premises costs, insurance, stock holding and staffing. In the current slowdown, the high fixed costs meant that the carried forward losses and interest accumulated faster each month. A former BathStore employee on condition of anonymity has stated that “before going into administration, Bathstore was issuing customer refunds at very high values, adding to and worsening the already high fixed costs the business was burdened with, contributing to its downfall.”

Intense price-based competition has resulted in lower profit margins for retailers. Online shopping presents consumers with a simple alternative. They can compare and purchase bathroom accessories at the lowest available price. Additionally, with the rise of digital advertising platforms such as Google Ads, most large brands allocate high marketing budgets towards gaining online visibility, but these costs may not necessarily yield a high ROI for the company. In this race to the bottom, retailers with brick-and-mortar stores with relatively high fixed costs face the heat. They need to reinvent their business model.

What happens to a Business/Company Once it Files for Bankruptcy?

Unlike in the US, a company cannot “go bankrupt” in the UK. Instead, the company enters liquidation, whether it is solvent or insolvent. The directors and shareholders of the company drive this court-based process. Only a licensed insolvency practice can enter and carry out a liquidation procedure.

When an insolvent company goes into liquidation, the distribution of proceeds to creditors is made after all assets are realised. Any remaining debt will expire with the company. The company will cease to exist, and its name will be removed from the register at Companies House.

In case the company is acquired by a business powerhouse (Bathstore has been taken over by Homebase, Better Bathrooms is acquired by Buy It Direct Ltd.), the above does not apply, and the new parent company, in turn, takes over the business and creditor liabilities.

What Happens to any Outstanding Orders from Customers?

Customers are usually last on the line as far as retrieving money owed is concerned. Employees and creditors (lenders, banks, etc.) come first. Therefore, it is wise to act quickly. If you paid for the order by debit or credit card, use the chargeback option. All banks offer this, but the time limit is 120 days. If you paid via PayPal – a purchase option that Better Bathrooms offered their customers – then raise a dispute with PayPal.

What are Customers’ Rights in Such Situations and How Can They Protect Themselves Against Such Unforeseen Changes?

Often, the company itself sets up a Customer Services Hotline. In the UK, it’s a legal requirement that the business website of the company in administration clearly displays the administrator’s details. This, however, does not always happen soon enough. So, visit the Credit Controllers and check the status of the company in question to safeguard your financial interests against any unforeseen changes.

Companies – even established ones – going out of business seems to be the norm these days. The changing shopping habits of consumers, coupled with the latest technologies and rising costs of running a business, have all made the mere survival of retail businesses tough. Also, retailers are finding it increasingly difficult to compete against online-only operators such as Asos and Amazon. In such times, it’s important for the worst affected parties namely customers and employees to be on the lookout and safeguard their interests.

Bathroom City is one of the UK’s largest Online Bathroom Retailers. We are a traditional bricks-and-mortar business with a solid financial background. We own a 65,000 square foot bathroom factory in Birmingham, West Midlands, and have no borrowings. Some of our team have been with us for over 20 years and know the industry inside out. We have seen many businesses come and go in our 32 years of trading.

We hold a high reputation and are proud to produce in the UK and to a high standard, direct to the public, cutting out the middleman.