What are Shower Valves? Different Types of Shower Valves For Your Bathroom | Bathroom City
Free Delivery Over £499 orders to most of UK*
Showroom Open 7 Days a Week Visit us in store!
Rated 4.2/5 on TrustPilot! Read our customer reviews
0% Interest Free Credit for 4 Months On Orders Over £99 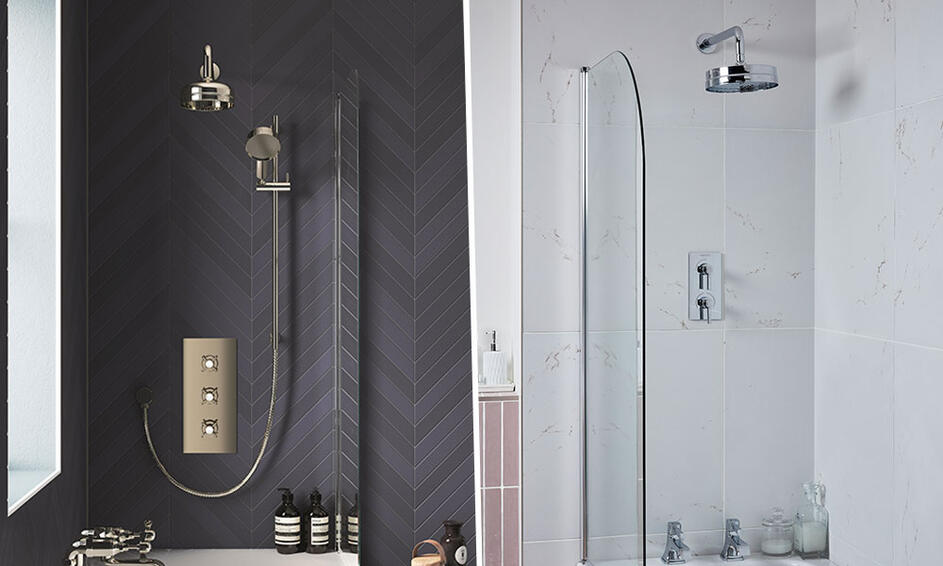 A shower valve performs two essential functions – it controls the rate of water flow and the temperature of water in your shower. The two main varieties of shower valves depending on their functionality are Manual Mixer Valve and Thermostatically Controlled Valve. Most shower valves – other than the basic ones – come with the diverter option. You can flick the diverter switch to turn on the taps or permit water into the shower head. Some premium models of shower valves allow you to use the taps and the shower at the same time.

Navigate to any section of this post by clicking on the links above. 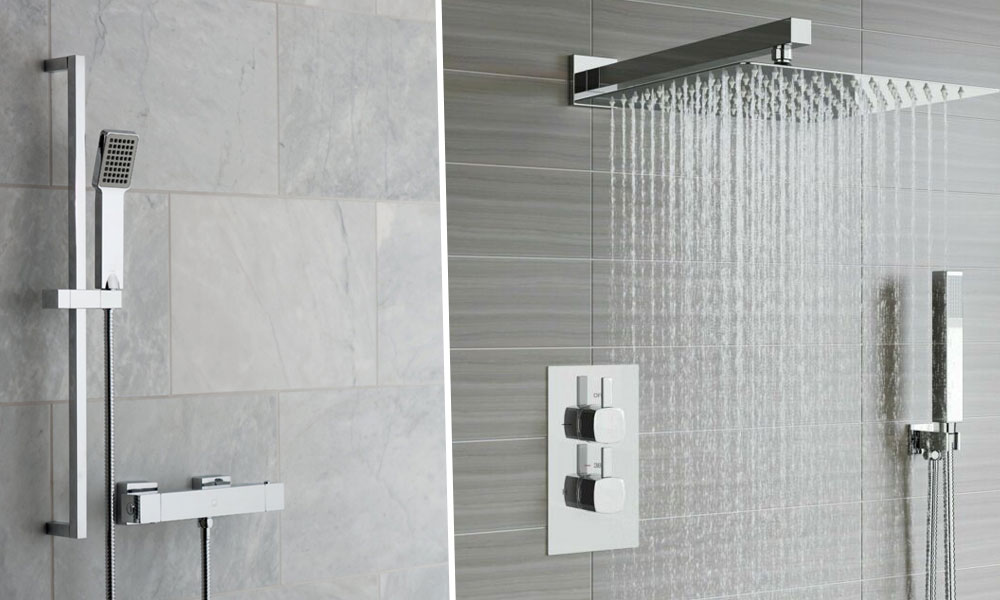 Depending on the design features, we have two types: Exposed Shower Valve and Concealed Shower Valve. An exposed shower valve has the outlets and connected pipes (mostly, chrome-plated) visible above the tiles on your bathroom wall.   In a concealed shower valve – as the name implies – only the controls are visible. The connecting pipes and water outlets are hidden inside the wall. A concealed shower valve complements a contemporary bathroom as it brings a fresh and elegant look to the shower unit.

A manual shower valve is incredibly popular due to its simplicity and ease of use.This valve has only one lever that permits you to control the water flow as well as the water temperature. The control lever enables you to attain a reasonably good balance of water pressure and temperature. This valve is adequate for most secondary bathrooms.  The intelligent design of a thermostatic shower valve allows you to maintain a comfortable temperature always. The main beneficial feature of this valve is that it limits the temperature of the water from exceeding a preset value. And this feature is extremely useful if maintaining a child-friendly temperature is important to you.

Diverter Shower Valves are versatile little units. This eye-pleasing valve works as intuitively as you desire, depending on how many outlets are at play.A single handle controls the direction of the water flow to the desired outlet – whether it’s the shower handset, slide rail kit or deck-mounted bath tap. In effect, a 3-way diverter shower valve allows you to deliver pre-mixed, temperature-controlled water to the outlet you desire. You can turn on the cold and hot water taps to get the water to your desired temperature. You can then flick the diverter valve to permit the pre-mixed water to flow out from any outlet you want. This feature is especially handy when you want to give a bath to your dog. Diverter valves are available in four options: 2-way, 3-way, 4-way and even 5-way. 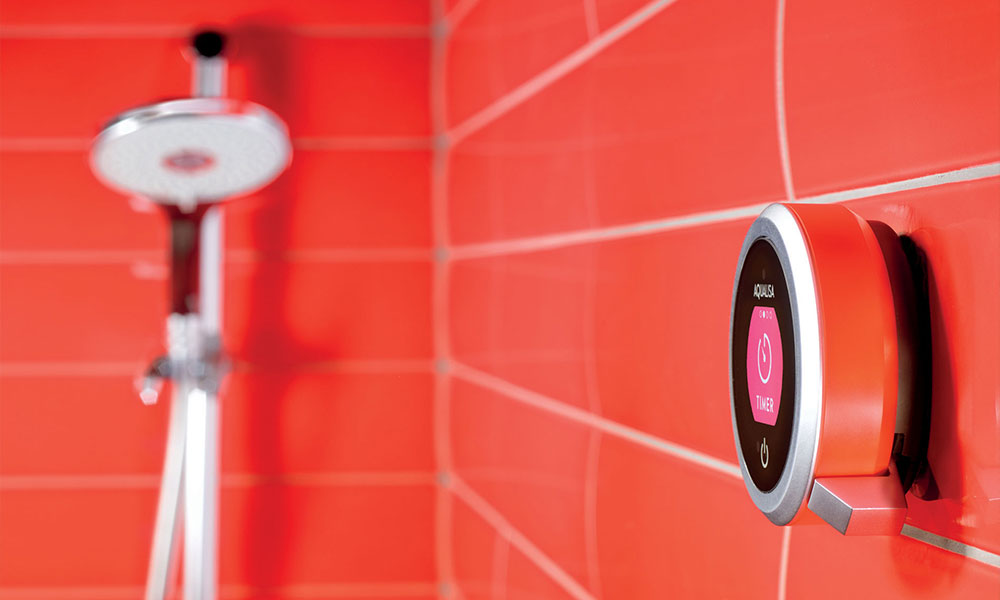 The universe of shower valves is advancing fast. And as far as the digital bathroom industry is concerned, seeing even greater developments has become the norm.Digital Bathroom Showers are dominating the marketplace. And switching to digital is an excellent move because you can enjoy several innovative features that include fully programmable water temperature, Bluetooth connectivity, wireless shower controllers, breathtaking visual components that use LED lights, and more. The main advantage of a digital shower valve is you can make accurate water pressure and temperature adjustments. You can also avoid getting wet by turning on or turning off the shower remotely.